Born in 1969, lives and works in Braunschweig.

Yingmei Duan is a curious observer who asks questions of all facets of life in order to continuously learn and develop. For the past twelve years she has concentrated her energy and creativity on making performance art and researching the medium.

Much of Yingmei’s performance art explores human instincts such as fear and desires. Various different themes inspire Yingmei and are reflected in her work including examining society and questioning its conventions and human behaviour.

Within her performances she crosses mediums and often incorporates sound, video and installation. She often spontaneously develops performances as situational experiments. On the other hand she can also plan her performances with intense attention being paid to the last detail.

Besides her solo projects Yingmei loves to work with people from different cultures, ages and areas of life and has realized over 50 collaborative performances. Her artworks frequently in progress, and can stretch over long periods of time.

Born in China, Yingmei Duan is part of the Chinese avant-garde. She worked as a painter for many years living in the legendary art district of Beijing’s East Village. In 1995 she participated in the performance To add one meter to an anonymous mountain, which is considered to be one of the classics of Chinese modern art. She became a pure performance artist under the influence of Marina Abramović, with whom she studied at the HBK Braunschweig in Germany from 2000 to 2004. There, she also worked for one year with the filmmaker and action artist Christoph Schlingensief.

Yingmei Duan has made her name in numerous national and international exhibitions, festivals, residencies, lectures and workshops through her remarkable, thought provoking and emotional performance art. 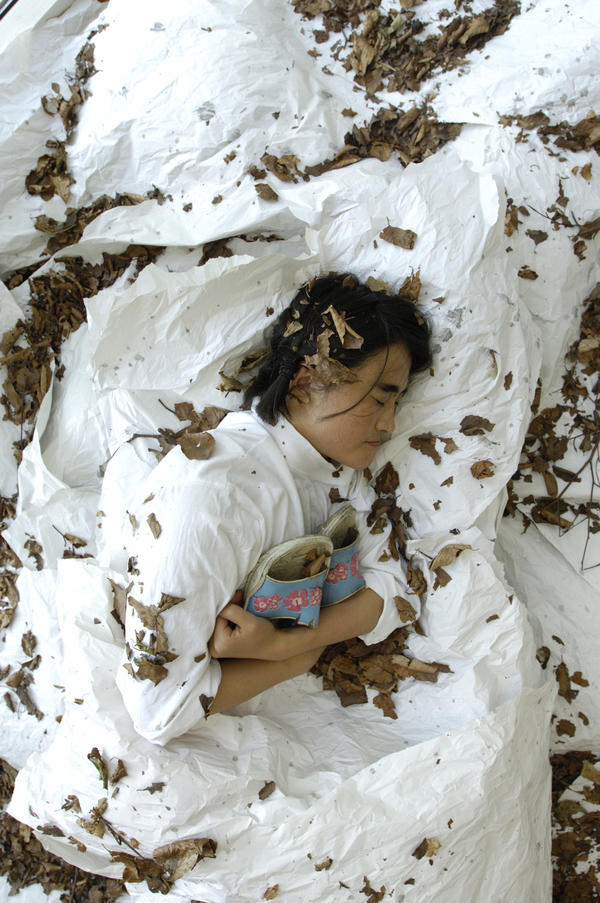