Tomasz Szrama graduated from the Fine Art Academy in Wroclaw, Poland (1998) and has since 2005, been one of the organizers of New Art Contact performance art events, and in 2011 he co-organized the Fake Finn Festival of Experimental Art. Szrama also documents live art events. He presently works at the Helsinki International Artist Programme (HIAP). Tomasz Szrama has participated in many festivals all over the world, amongst others : Live Action New York (2010), Infr'Action Sète (2011), and Guangzhou Live (2012).

I do not have any fixed views. I do not believe in any system, or any absolute truth. Cosmos expands. The world is evolving. As I age, I have more doubts. My art is in a constant flux between sarcasm and sincerity, humor and melancholy, ground and atmosphere. I am frantically trying to capture the essence of a situation, a state of mind. My performances cannot ever be completely finished. They are a forum, a space in time for interaction with the audience. I still naively believe that anyone can create a phenomenon on a cosmic scale. Then I feel it is the meaningless sacrifice of an insignificant man. I hope that in my desperate gestures viewers will identify for themselves something meaningful, even transcendent… I am fine and I’m scared to death 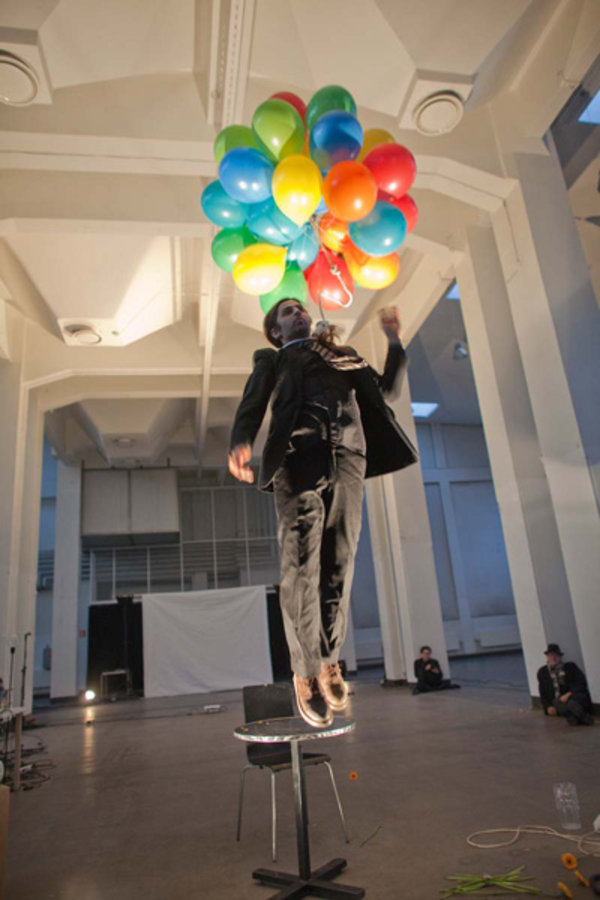