Lives and works in Los Angeles.

Alejandra Herrera Silva is a visual and performance artist. Her works are installation and performance based and through the explorations of her own body and gender, reference the inevitable biological implications that the body has as a social and political being. In recent years, she has been working on the issue of maternity and domestic life.

Herrera Silva received her BFA from Universidad de Chile and further studies in Valencia, Spain and Belfast, Northern Ireland. Co-founder of PERFOPUERTO (Independent Organization of Performance Art based in Chile, 2002-2007) with several grants from FONDART (National Fund for The Arts and Culture of Chile) and DIRAC (Department of Cultural Affairs / Ministry of Foreign Affairs of Chile). Her work has been presented in performance exhibitions all over the world including: Buzzcut in Glasgow, Trouble in Belgium, Anti in Finland, City of Woman in Slovania,  7A11D in Canada; and other countries such as Germany, Poland, Japan, Mexico, Venezuela, Argentina, United States, and Northern Ireland. She currently lives and works in Los Angeles, California, USA. 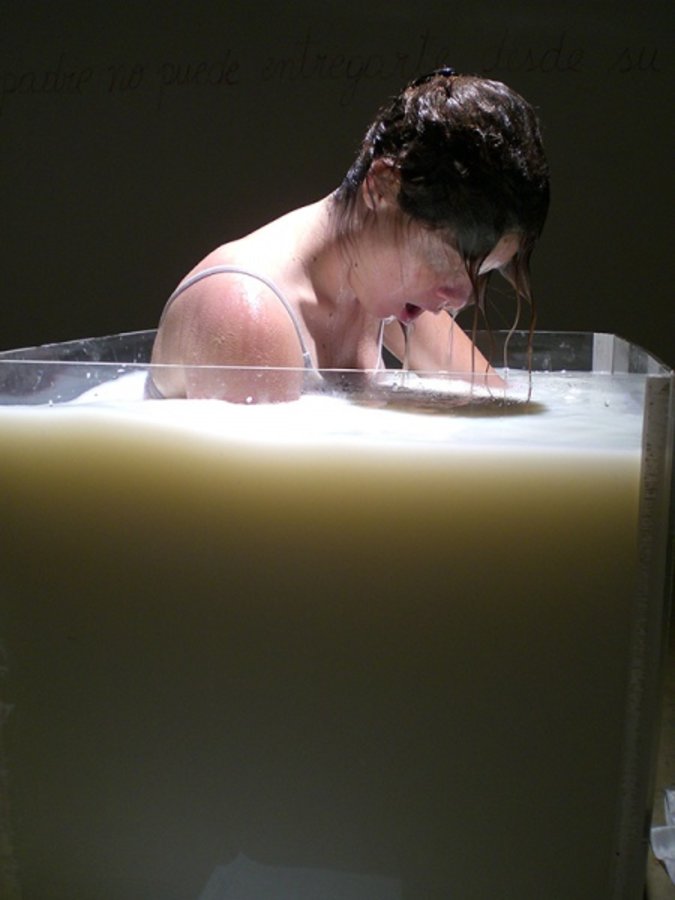