Born in 1961 in Bandung, lives and works in Yogyakarta, Indonesia; Passau, Germany and in Tibet.

Regarded as one of the most influential artists within the development of Indonesian contemporary art, Arahmaiani is an active voice for the marginalised and the repressed in society. Her installations, performances, paintings and video art are significantly shaped by the need to produce a new social consciousness based on her research of social, political and cultural issues. In her artistic works, Arahmaiani questions the contradictions and paradoxes of her country through performances, installations, drawings, poetry, dance, and music, as well as most recently through participative projects developed together with social and religious communities. Her performances amount to protests against social injustice, violence, political corruption, and the woman’s position in Muslim society. Arahmaiani, who openly expresses her Muslim faith, advocates as an artist an Islam that is open and tolerant, fighting to eradicate the violent and military-like interpretations of it in the Western world caused by radical Islamic groups.Arahmaiani have had to pay a high price for her social and political commitment. In 1983, she was arrested after one of her performances and were subsequently banned from studying at university or for that matter to present her work in public. She managed to borrow money from her grandmother to escape to Sydney. Ten years later, in 1993, she was additionally threatened with murder as the first person in modern Indonesian history, after haiving realized a performance on political and religious issues. Live Action is proud to present Arahmaianis works for the first time in Sweden. 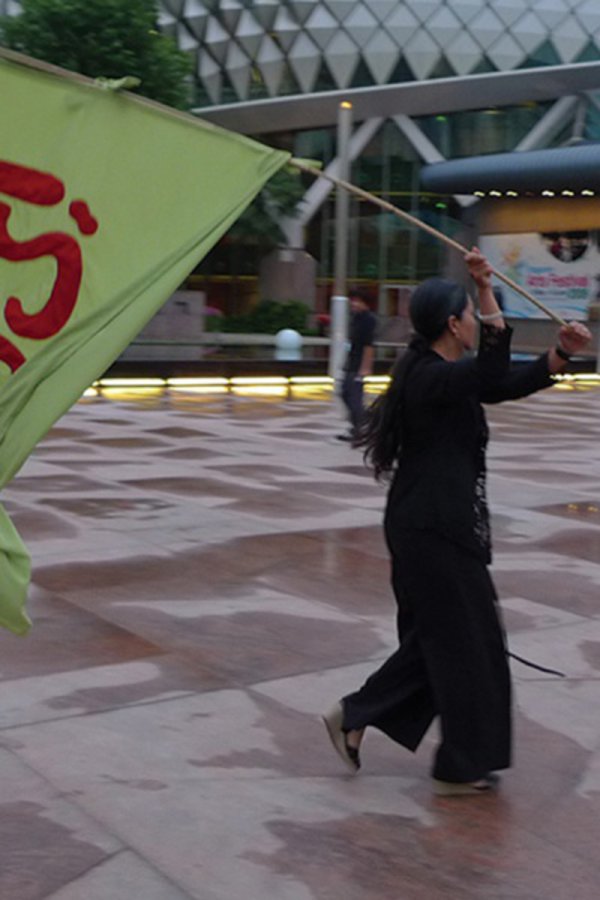